Tolcsva is the village with the highest number of ancient monuments within the Tokaj and Hegyalja cultivated landscape which has been part of the World Heritage since 2002. The Szirmay-Waldbott mansion, presently under reconstruction, is located here, and from the end of 2015 it will accept visitors as a Visitor Centre and area for cultural events.

The mansion exhibition focuses on the adventurous history and the former owners of the former residence of noble families and the introduction of the lifestyle, the everyday life and celebrations of the Szirmay and Waldbott families behind these walls. When passing the halls, listening to the audio guide and using the touch-screen terminals the visitor gets a detailed insight into the life of the mansion with focus on the most interesting facts. In addition to the thematic halls the furniture of four-three halls has been reconstructed, the celebration hall, the library and the men's hall; copies of the original furniture were produced based on archive photos and when passing through the authentically restored halls reviving the turn of the century the visitor is taken by the atmosphere of the mansion.

This is the largest central room of the building with the most representative design. Visitors of the highest ranks were welcomed, family events and friends’ gatherings were held here: engagements, balls, concerts, Christmas eves, and meals with a large number of participants. 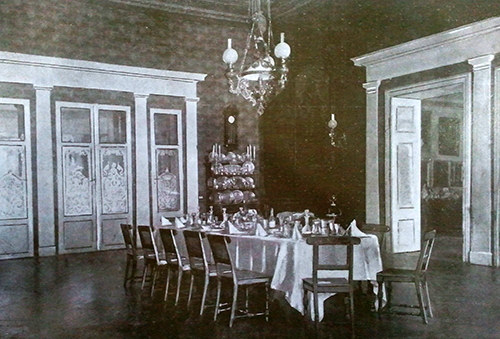 This was the showroom for the most precious values of the family, for example the portraits of their ascendants and the expensive dinner sets used for the meals were exhibited here as well. The Szirmay family had created the room in classical style, then the Waldbotts arranged the room according to the taste of the beginning of the previous century, and the furniture of the room was installed again based on two archive photos.

History of the Szirmay-Waldbott mansion

Following the visitor route and listening to the audio guide we can learn the history of the mansion and the two noble families, the Szirmays and that of baron Waldbott; during the centuries there were seven successive owners from the Szirmay, then two owners from the Waldbott family. Visitors can see the oil portraits of the owners on installations, and the families are introduced in the form of two detailed family trees. There is also a “peeping hole” to look back upon the past and we can see the archive photo of the former ladies's hall with its original furniture. 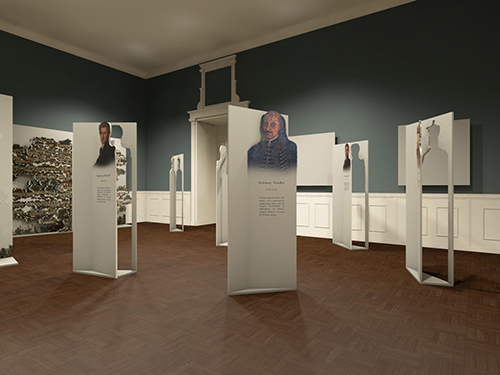 Today there are four mansions and country houses in Tolcsva, but in the past centuries there used to be an additional half a dozen of them in the village, which do not exist anymore. The interactive map of the installation was created by using the extremely detailed cadastral map of the former country town from 1866. By touching the contour of each noble residence the monitor shows the history and archive picture of the particular mansion and country house, and if the building is still there, its use is displayed as well, and its inhabitants living among the walls in 1866. We can tell exactly who the inhabitants in Tolcsva were in this year, and if the archive resources mention their names, we can also characterize them.

Life of the nobility

The management of the economy of their estate, participation in public administration and jurisdiction on a county and on a national level, duties in offices, together with social and leisure activities such as balls, birthdays, weddings, hunting, and visiting spa resorts were an integral part of the way of life of the aristocrats and noble families. This hall allows a glimpse into this.

Childhood in the mansion

By watching the family photos we feel to be closer to the former inhabitants of the mansion. 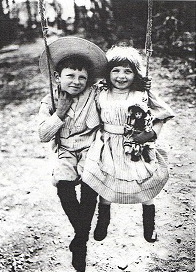 An archive photo of the swinging Anna and Frigyes Waldbott comes alive in the hall with the help of a moving installation; meanwhile we can learn about the everyday life of the aristocrats' children, the way they were entertained, and the process of their education.

Weddings of the aristocracy

The exhibition gives insight into the weddings of the aristocrats and their strict protocol through the wedding of Helda Waldbott held in 1907, and we can also learn about the meals served at her wedding at Tolcsva with the help of a printed menu card found during the archive research. 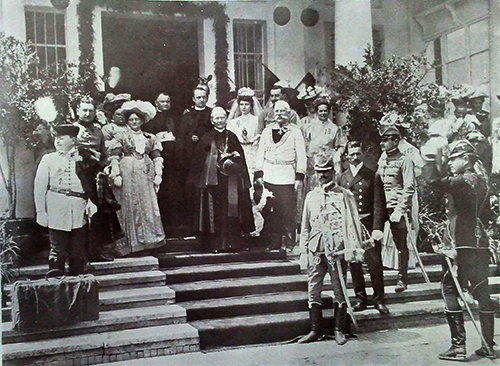 The installation of the hall shows the wedding party as well, an interactive game with laser allows us to map the family connections and friendships among the persons invited to the wedding. Those curious to learn about the materials of the bride’s and bridesmaids’ clothes can even touch these materials.

There was no archive photo left on the arrangement of the mansion’s chapel, however, the stained-glass window with the picture of Virgin Mary remained on a postcard from that era, and based on this, we were able to reconstruct the glass window in an authentic manner during this reconstruction.

Luckily the ornate, Neo-Renaissance wooden panels of the library of the mansion together with the book cases survived the decades after the nationalization, and today, after restoration, we can admire them with all their glory. 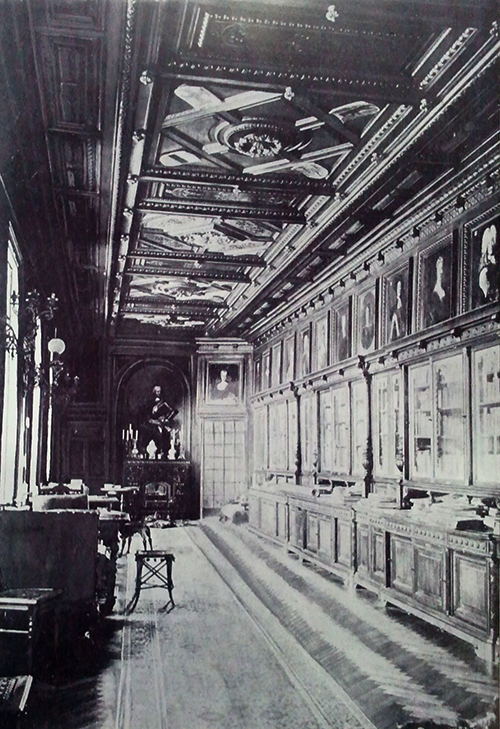 Fortunately, the original wooden panels of the hall remained, therefore, following its restoration, the hall is ready for visitors. There were several archive photos on the damaged pieces of the furniture and the accessories of the hall, these could be fitted together like a panorama picture and were used to replace lost furniture. The paintings placed into the supraports above the doors are the original documents of the family history. These are pictures of the three mansions where the four Waldbott sisters were married. This system of connections is introduced by a game running on an interactive terminal. 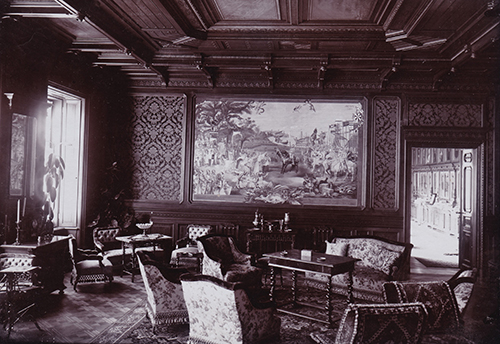 The authentically renovated Szirmay-Waldbott mansion Visitor Centre in Tolcsva, one of the most beautiful settlements of Tokaj-hegyalja, was restored according to the principles on renovation of historic sites and in line with trends of the 21st century for experience-based tourism and it offers both children and adults unforgettable adventures due to the exhibition’s content which is supported by archives.

We are looking forward to seeing you as well! 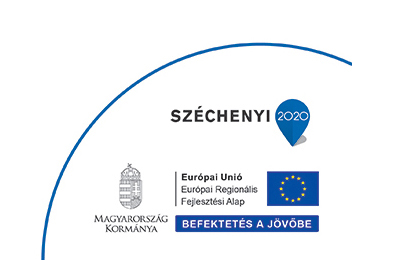